Disc brakes have taken over the market in the past couple of years to become the dominant force not only in what the brands are putting out, but also what consumers are looking for too. This blog is in no way looking to rekindle the great (and seamingly endless) disc vs rim debate – you can read our take on it here – but instead focus on a smaller but no less important question that still looms; whether to go hydraulic or mechanical when it comes to disc brakes.

The key difference between the two different systems boils down to how exactly the force is transferred from the shifter/brake lever down to the brake caliper. Mechanical disc brakes make use of a traditional brake cable, the same kind used for rim brakes. Whereas a hydraulic system uses a type of mineral oil in lieu of a mechanical cable, much like similar systems in motor vehicles for example. When mechanical disc brakes first appeared on the scene they were known for being awkward, nowhere near as good as hydraulic in terms of stopping power and so didn’t warrant moving over to disc brakes. They often used to feature a single pivot design which means that they would often rub and need adjusting as the rotors and pads wore down. Thankfully, these days are behind us with brands like TRP and Paul components advancing the technology in such a way as to eliminate those older risks and firmly plant mechanical callipers in the 21st century.

The main benefit of mechanical disc brakes boils down to their simplicity. By using a traditional brake cable over a hydraulic hose system there are many cost and ease of use benefits to be had. Adjustmnts on the fly are super easy to do as its just a case ofadjusting the cable tension like a traditional rim brake. And if there is a catastrophic failure out on a ride, the chance of finding a local bike shop with a new brake cable over one that can fit in a whole hydraulic brake service is highly more likely.

One often unsung feature of mechanical disc brakes is their backwards compatibility with older rim braked groupsets. This means that the upgrade from an older rim brake frame onto a more modern disc one doesn’t always need to immediately mean a new groupset. It also means you can get a lot more bike for a lot less budget as the difference in price between electronic disc and rim groupsets, for example, is huge.

People with smaller hands should also take a look at mechanical discs. A key part of hydraulic discs is that the mineral oil has to be stored somewhere. And this means a much larger than normal shifter. Fine for most people, but those with smaller hands may find increased discomfort and fit issues with hydraulic brake levers, something that can be somewhat negated by a mechanical shifter.

So what’s the catch? Despite the advancements in the tech, mechanical disc calipers still can’t provide that same level of modulation and sheer braking power that comes from a hydraulic system. Like the disc and rim debate, there is a fundamental answer to mechanical vs hydraulic; hydraulic discs are by far the most powerful brakes available on your bike. So in terms of performance they are always going to win. 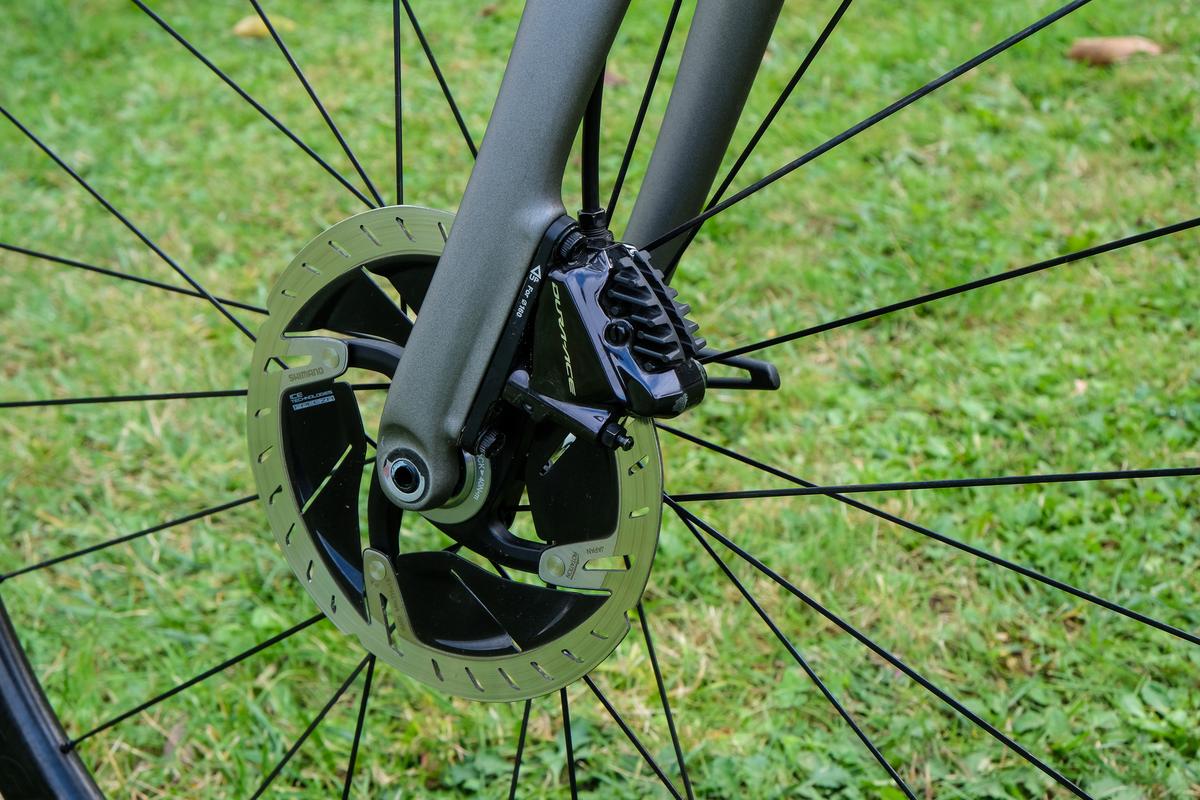 Hydraulic disc brake tech is lifted straight out of MTB groupsets and has been refined to road use quite considerably over the past few years, thus most hydraulic brake systems are incredibly well functioning and powerful. Shimano in particular has really improved their disc brake systems for road use and have created somewhat of an industry defining simple system that works across many price and spec points universally. So if your requirement is simply, the best braking performance money can buy at this time, then hydraulic disc is probably the way to go.

But as this blog has hopefully showed, there are some key benefits to mechanical disc brakes that a lot of people fail to consider.